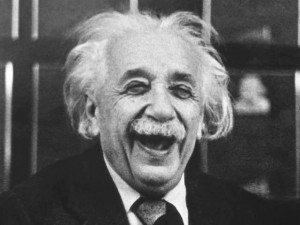 Ode to the experiment – by Uma Pedra

Einstein with tousled hair straight up into the sky is probably an image that does not only arise in my own head when thinking of the word experiment. Irrepressible curiosity, heroic courage, faith, creativity, playfulness, joy and oddly crafted arrangements all seem to be involved in an experiment. Konijn thinks of Toca do Coelho as some sort of open aired laboratory with many creative experiments.

Konijn? Toca do Coelho? What have they got to do with it? Well, Konijn (Dutch for Rabbit), is a dynamic group of people, who like to organize music festivals, and Toca do Coelho, (Portuguese for Rabbit Hole), is a place in the Alferce in Portugal, where Konijn will organize their next festival Saudade by the end of august. At the moment Toca do Coelho is a piece of land without many facilities and lots of brambles, but with ample opportunity to be turned into an amazing festival playground.

Festival preparations are being made by volunteers, who are brought together by a shared feeling of curiosity, courage, enthusiasm and playfulness. They think of ways to create open spaces for the festival, how to arrange the water supply for irrigation and sanitation, and how energy can be generated to facilitate lighting and music. These plans are well and seriously prepared, but have a playful and self-made character, which is why these plans will become experiments once put into practice.

During the festival many more experiments will take place while cooking with local ingredients, making music and during other artistic excesses. This turns Toca do Coelho into an open aired laboratory or an experimental factory, where artistic outbursts are being produced surrounded by innovative and sustainable festival facilities. An experiment is a reviving process, it creates. This is what Konijn does, we create together. Besides, an experiment creates a new reality. As the experiments performed by Einstein changed our perception of the world, which enabled new technical revolutions, our perception of the world may very well be changed by the events to come at Toca do Coelho.

Intrigued? Enthusiastic? We look forward to seeing you at Toca do Coelho and you are more than welcome to contribute to our experimental factory in any way.

Blog 1: Ode to the experiment